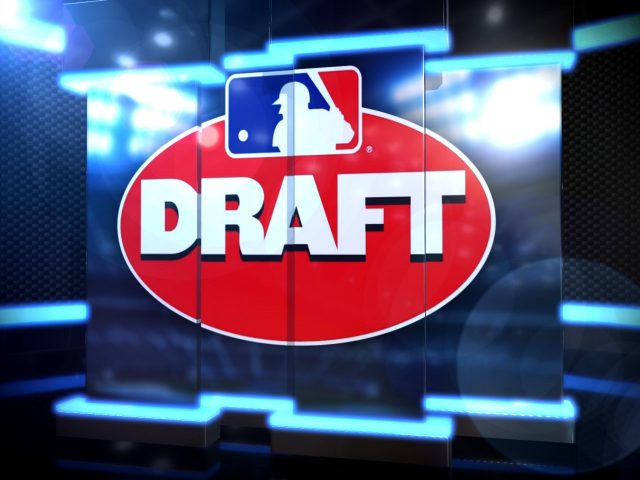 As someone who also follows college football, I always saw numerous articles and tweets about which university held the title of Quarterback University, or QBU for short. There would be a number of criteria that factored into such rankings, including how many players were drafted from the university at that position, and the success they had at the professional level. This similar ranking system would be used for all of the other key positions on the football field.

However, I had never seen such a ranking system by position for college baseball programs and thus I did some research. After compiling draft data between 2000 and 2020 from Baseball-Reference, I looked into a couple criteria that will be used in my rankings including the number of draft picks, draft round, and MLB longevity.

One disclaimer, the Baseball-Reference site says that this data may not be 100% accurate, but I trust that it’ll give the results that I was looking for nonetheless. I will only be focusing on players who signed when drafted, thus not including undrafted players as well as those who did not sign into these rankings. Another disclaimer is that I’ll be using the position listed on Baseball-Reference for when they were drafted. My data is through MLB games on June 27th, 2021.

Here is my point system for the rankings that will be listed below:

Georgia Tech finishes in second with multiple first-round picks, including Joey Bart, the 2nd overall pick in 2018. The Yellow Jackets would have three players in the MLB at this position during this span, including Bart (34 G), Matt Wieters (1167), & Mike Nickeas (74).

Stanford splits a share of third place at the catching position with nearby UC Berkeley. The Cardinal have had four players in the MLB at this position during this span, 2nd most behind Miami. They include Jason Castro (877 G), Ryan Garko (463), John Hester (93), & Donny Lucy (21).

The Golden Bears split a share of third place with their Pac-12 rivals in Stanford. They have three MLB players at this position to their name in John Baker (359 G), Andrew Knapp (284), & Mike Tonis (2). Korey Lee, their 1st round draft pick in 2019, is currently in the Houston Astros organization.

Oregon State is the third Pac-12 team to make this list, joining Stanford and UC Berkeley. Adley Rutschman, who was the 1st overall pick in 2019, looks to soon join Andrew Susac (114 G) as Beaver alumni in the MLB.

The Tar Heels share 5th place with the Beavers at the catcher position. Although they have not had any 1st-round picks behind the plate, they do have three alumni who have made the MLB. These three players are Chris Iannetta (1197 G), Jacob Stallings (194), & Tim Federowicz (163).

South Carolina gets the title of “1B University”, or 1BU for short. Their only first-round pick Justin Smoak (1286 G) along with Steve Pearce (766) and Christian Walker (312) all made the major leagues during this time span. Their seven first baseman signed during this period is tied for the most with UCLA.

Although the Golden Bears only had four players drafted at this position during this time span, three of them made it to the MLB. These players include Conor Jackson (658 G), David Cooper (72), and Andrew Vaughn (61). All three of those players were drafted in the first round.

Another California team makes the list for first base rankings as the Bruins had one first-round pick (Michael Togila) and two players make the MLB during this time span: Garrett Atkins (817 G) and Cody Decker (8).

Mississippi State did not have a first-round first baseman, but they did have three first basemen make it to the MLB during this time span. Mitch Moreland (1231 G), Tyler Moore (381), and Nate Lowe (147) are those three Bulldogs.

LSU has been designated as second baseman university in these rankings, or 2BU for short. Their only first-round pick at the second base position was Mike Fontenot (582 G) and Ryan Schimpf (147) joined him as the Tiger 2B to make it to the MLB. The program also had four other players at this position get drafted within the first five rounds.

Arizona State finishes in the top 2 for both positions on the right side of the infield. They have the most players drafted and signed at this position with eleven. Only two of those eleven players made it to the MLB level and they are Eric Sogard (803 G) and Brooks Conrad (293).

Stanford makes their second list in this rankings piece so far, previously finishing in third for catchers. The three Stanford alumni to make the MLB at this position include New York Mets legend Jed Lowrie (1192 G), Cord Phelps (56), & Colin Walsh (38).

The Wildcats become the second desert school to make this position’s rankings, joining second-place Arizona State. Although they did not have any first-round picks, Arizona did have three players at this position to achieve MLB status. Those players are Scott Kingery (324 G), Rob Refsnyder (199), & Johnny Field (83).

Southern University becomes the first non-Power Five team to make these positional rankings. This is due to the success of their only major league player at the MLB level, Rickie Weeks (1324 G). They also had another first-round pick in Michael Woods (2001).

The Bruins also finish in the Top-5 for both positions on the right side of the infield, joining LSU in that accomplishment. They also become the fourth Pac-12 team to rank at this position. Chase Utley (1937 G) is the only Bruin to make it to the major leagues.

The Dirtbags have earned the title of “Shortstop University”, or SSU for short. This is due to the MLB contributions by these six players: Troy Tulowitzki (1291 G), Danny Espinosa (872), Bobby Crosby (747), Matt Duffy (490), Jeff McNeil (286), & Garrett Hampson (253). The six players at the major-league level are the most by any college at this position.

The Sun Devils have now ranked in three straight position rankings in the infield. They are the first college to rank with an MVP and ROY in Dustin Pedroia (1512 G). They also had three other players get to the MLB level in Andrew Romine (583), Jake Elmore (217), & Deven Marrero (164). Alika Williams, a first-round pick in the 2020 MLB Draft, could eventually join these players as Sun Devil alumni in the MLB.

LSU has now ranked in back-to-back positions after crowning the second base position. One of their four players to reach the MLB is Alex Bregman (618 G), who was the 2nd overall pick in the 2015 MLB Draft. Although he is primarily a third baseman now, Bregman has played over 100 games at shortstop in the MLB. The other three Tiger shortstop alumni to make the MLB are Aaron Hill (1559), Ryan Theriot (899), & Austin Nola (145).

The 17-time CWS Appearance program has now ranked in their third position so far, along with Catcher and Second Base. Their thirteen players drafted and signed at this position are the most by any college over the researched time span. Five of those players reached the peak level of the MLB and they are Eric Bruntlett (512), Tommy Edman (222), Alex Blandino (135), & Nico Hoerner (89), & Drew Jackson (3).

The final team to rank at the shortstop position is the Clemson Tigers, who had half of their signed players make the MLB at this position. Those four players include Brad Miller (865), Khalil Greene (736), Mike Freeman (171), & Eli White (56). Logan Davidson, the 29th overall pick in the 2019 MLB draft, is currently climbing in the Oakland Athletics organization and could join the other Clemson alumni as a major-league ballplayer.

This ranking system is still one in the works and is definitely not the end all be all. This is the first such rankings I have seen on the internet and so I did not have much to go off. I based my criteria and point values off of the college football ranking systems I had seen previously. If I were to spend more time on this (I’ve already spent way too much time), I would include undrafted players as well as look further into player evaluation. I think looking into more of how each player has been valuable in the major leagues (WAR) could factor in more to these rankings.

If you have any suggestions or critiques for what should be valued in these rankings, please feel free to send me a DM via Twitter (@BetweenTheNums). Part 2 of these rankings will focus on the positions of third base, outfield, and pitching and should be coming out in the next few days. Thanks again to Baseball-Reference for their draft data!